Units of the Armed Forces of Ukraine liquidated another 690 russian occupiers over the past day. This is reported by the AFU General Staff.

In particular, 2 tanks, 8 armored fighting vehicles, 2 artillery systems and 1 MLRS were destroyed. Two planes and 4 helicopters, as well as 3 UAVs, were shot down in the sky.

The total number of casualties of the personnel of the russian occupiers since the beginning of the full-scale invasion of Ukraine is 122 170 people. 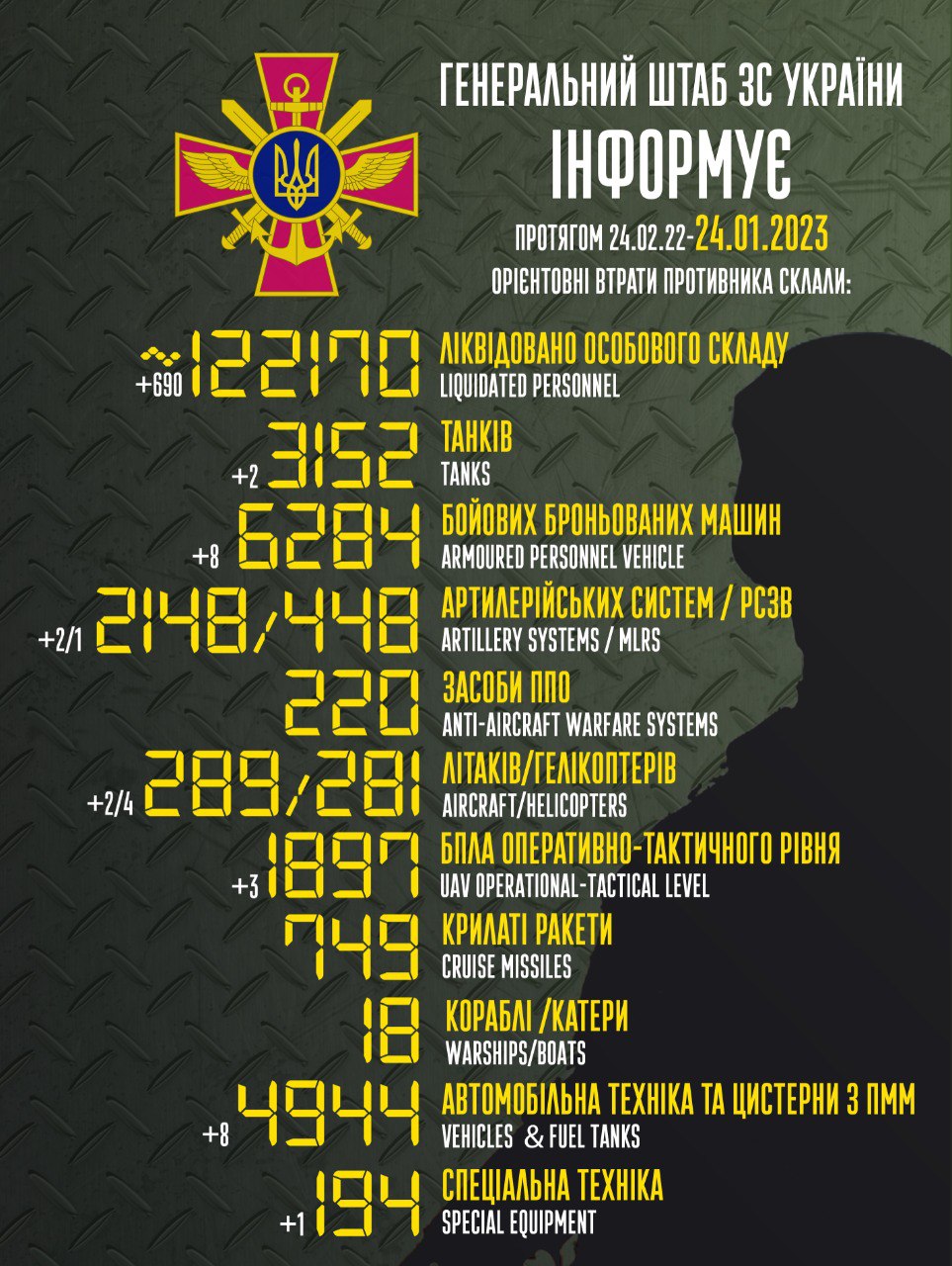 As previously reported, the AFU repelled the enemy attacks in the Kupiansk direction.