Naked Putin on golden toilet: sculpture is being sold in Czech Republic to buy drone for Ukraine

The Kaputin Czech group has put up a famous sculpture depicting naked putin sitting on a golden toilet for auction. This is reported by Radio Prague.

The group used this caricature of the russian president several times during mass events, in particular at rallies held in front of the russian embassy in Prague.

For auctions, the sculpture of putin was supplemented with an image of alexander lukashenko and presented under the general name Naked Killers.

The online auction, which takes place on the Kaputin group's Twitter page, will last until December 20. The funds received will be transferred to purchase a military drone for Ukraine, which is resisting the invasion of the russian army. 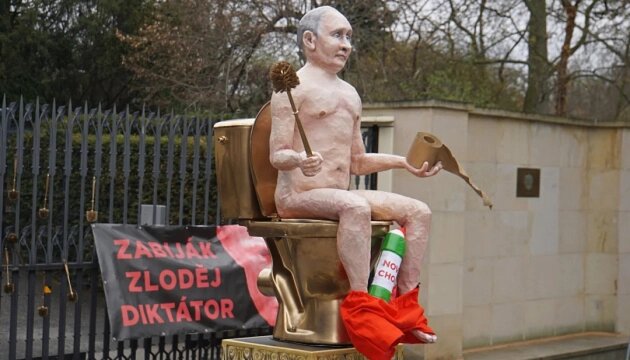