So-called "adviser" to the moscow-appointed "head" of the occupied Crimea Oleg Kriuchkov has confirmed several explosions in the Novofedorivka area at an airfield in the Saky district on August 9. This is reported by BBC.

"So far, I can only confirm the very fact of several explosions in the Novofedorivka area. I ask everyone to wait for official reports and not to produce versions", - Kriuchkov said.

So-called "head" of the Saky district Victoria Kazmirova confirmed that the explosions took place at the airfield: "Our airfield is exploding. Explosions are at the airfield. All the windows here have been broken".

At the same time, pro-Russian war correspondent Yuriy Kotenok writes that there were about ten explosions. "Windows tremble and car alarms go off twenty kilometers from Novofedorivka", - he wrote on his Telegram channel.

"Head" of Crimea Sergey Aksyonov, appointed by the russian authorities, also left for the scene. 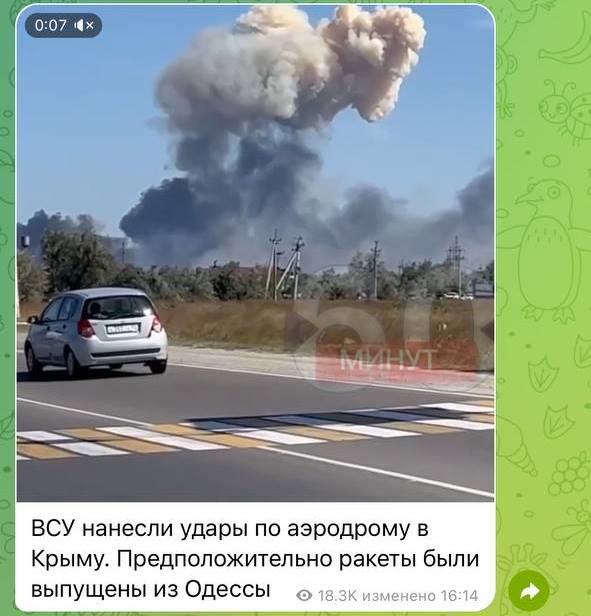