Three prisoners of war, representatives of foreign powers, who fought on the side of the AFU, were sentenced to death on June 9 by a court in the so-called "DNR". This is reported by the separatist media. 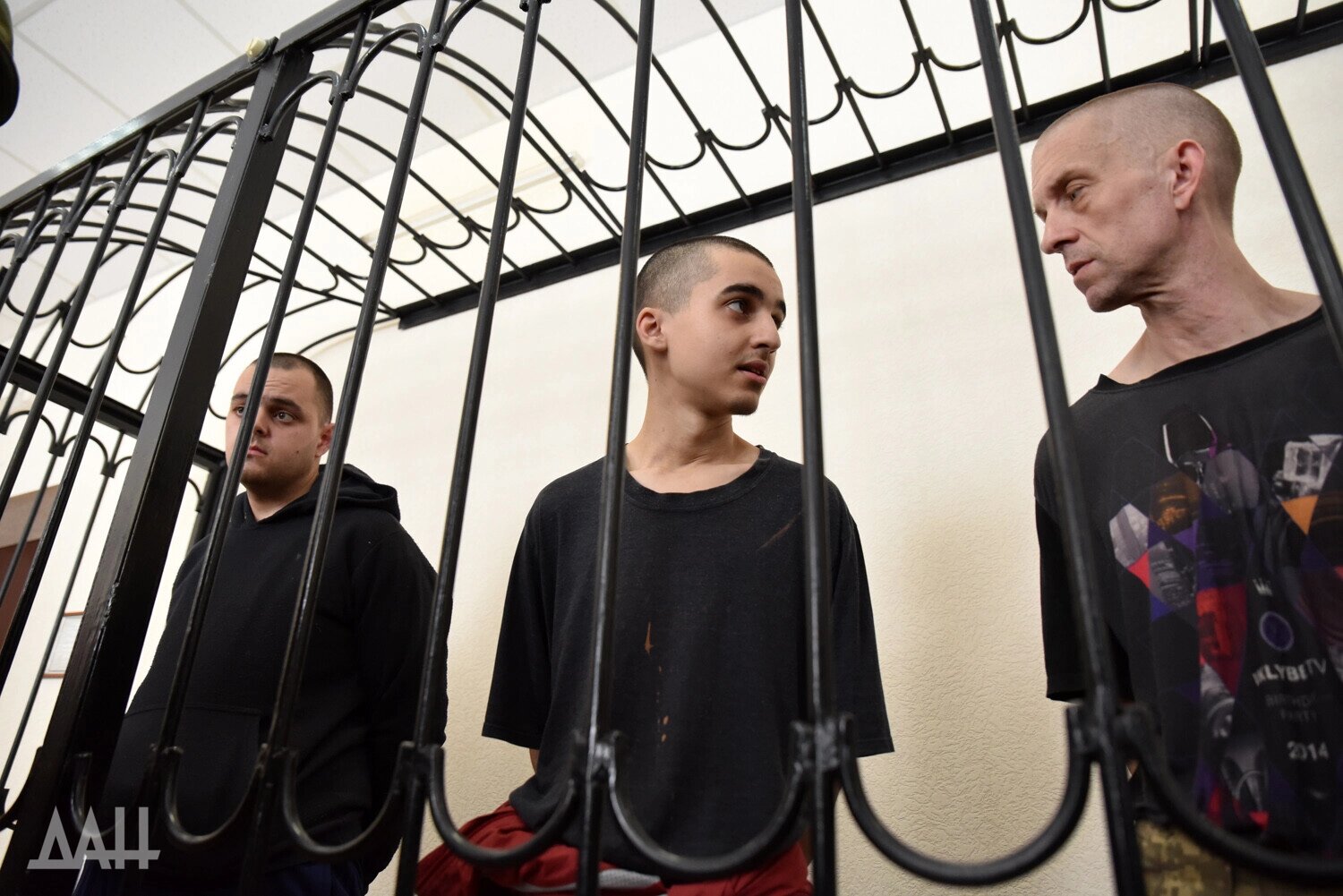 "The convicts are British citizens Shaun Pinner and Aiden Aslin, as well as Moroccan citizen Saadoun Brahim", - the separatists said in a statement.

The Donetsk separatists specify that they allowed the sentenced to file an appeal within one month from the date of the announcement of the verdict, and all three confirmed their desire to do that.

According to the russian media reports, the so-called "chairman of the judicial board" stated that if leader of the "DNR" Denis Pushilin pardons the convicts, the death penalty for them can be replaced with life imprisonment or 25 years in prison.