"Mayor" of occupied Khartsyzsk to be tried in Donetsk region

The so-called "head of administration" of occupied Khartsyzsk will be tried in absentia for participation in illegal armed formations and encroachment upon the territorial integrity of Ukraine. This was reported on August 16 by the press service of the Donetsk Regional Prosecutor's Office.

"A special pre-trial investigation has been completed in relation to a 40-year-old resident of Donetsk, accused of participation in a terrorist organization and encroachment upon the territorial integrity and inviolability of Ukraine (part 2 of Art. 110, part 1 of Art. 258-3 of the Criminal Code of Ukraine)", - the message says.

It was established that being in the occupied territory of the region from 2016 to 2019, the offender, having a higher legal education, held the position of "deputy acting head Head of the Horlivka Administration on Social Issues", and since 2019, she has been heading the Khartsyzsk "Administration".

The malefactor ensures the implementation of the functions of local authorities usurped by representatives of the illegal armed formations of the Russian Federation, including the formation of the so-called "local budget" and carrying out mobilization work among the population and attracting citizens to the ranks of militants.

Also, during her meetings with the residents of Khartsyzsk, the accused conducts agitation, explanatory and propaganda work using the media controlled by the occupation administration, forming an opinion about the legitimacy of the "DNR" among citizens.

Now the indictment against the defendant has been sent to the Dobropillia City District Court for consideration on the merits.

The maximum punishment is up to 15 years in prison with or without confiscation of property.

Let us note that according to the "official" information of the separatist media, the "DNR" leader Denis Pushilin appointed Victoria Zhukova as the so-called "head of administration" of Khartsyzsk in July 2019. 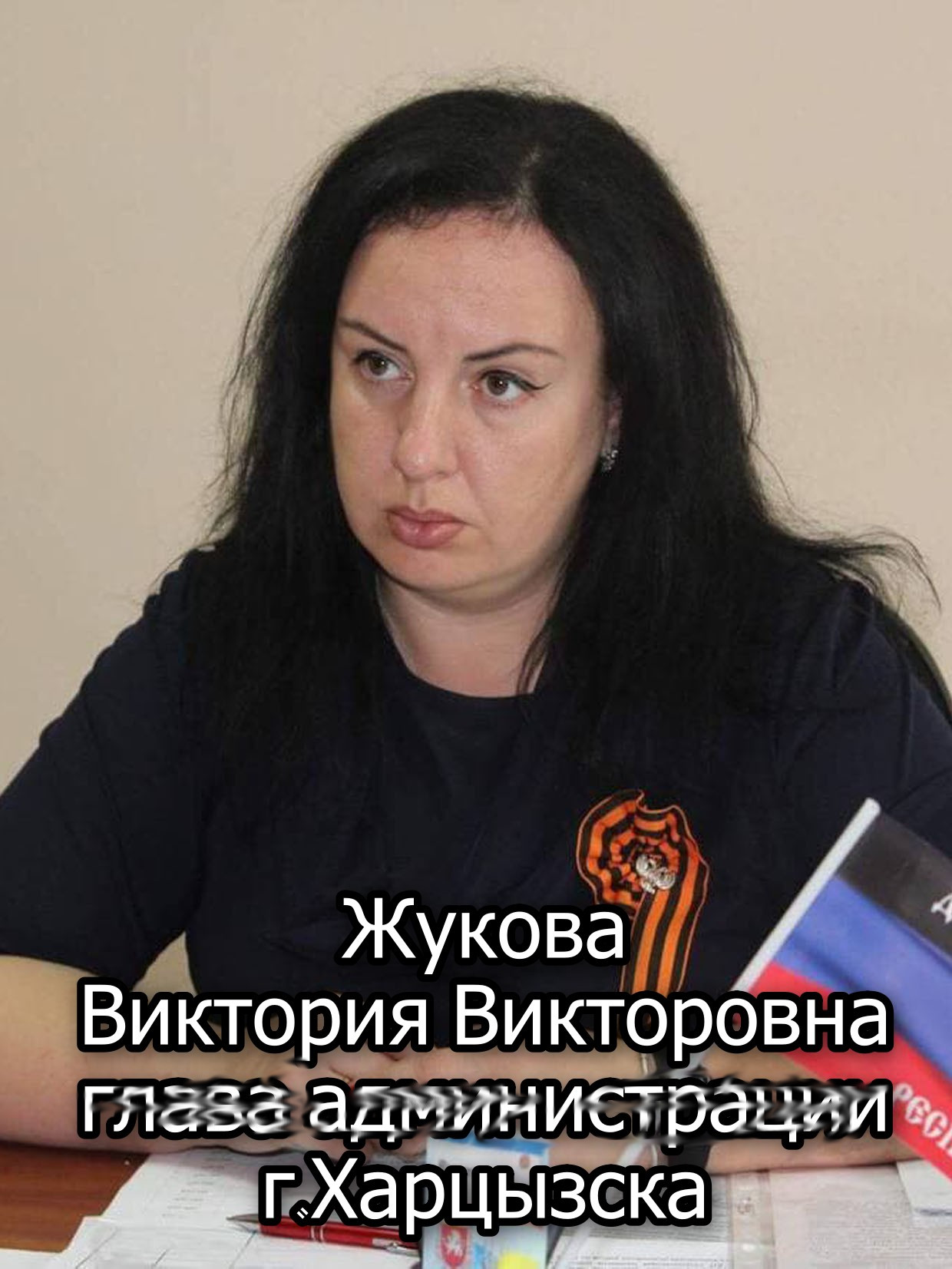