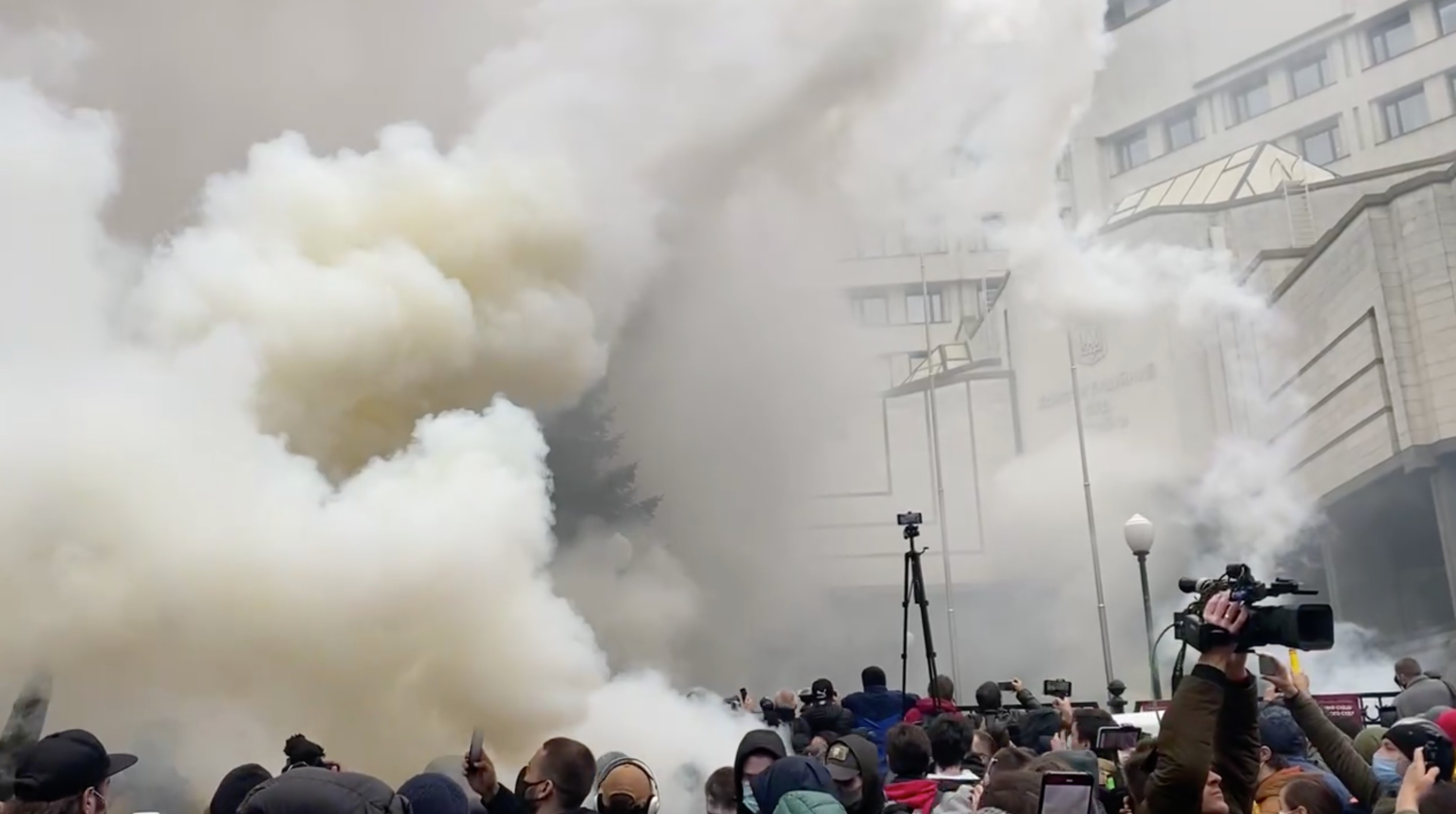 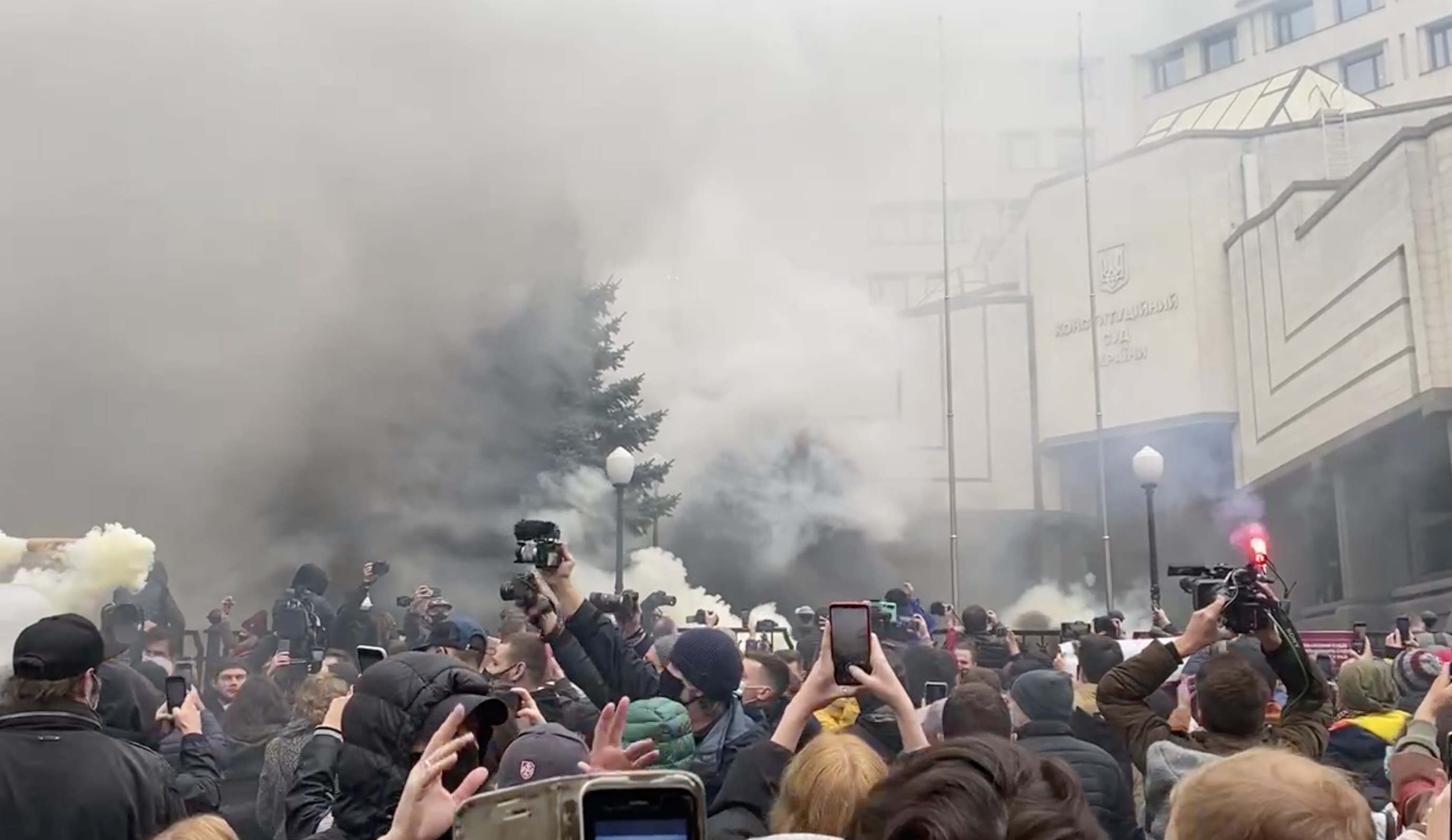 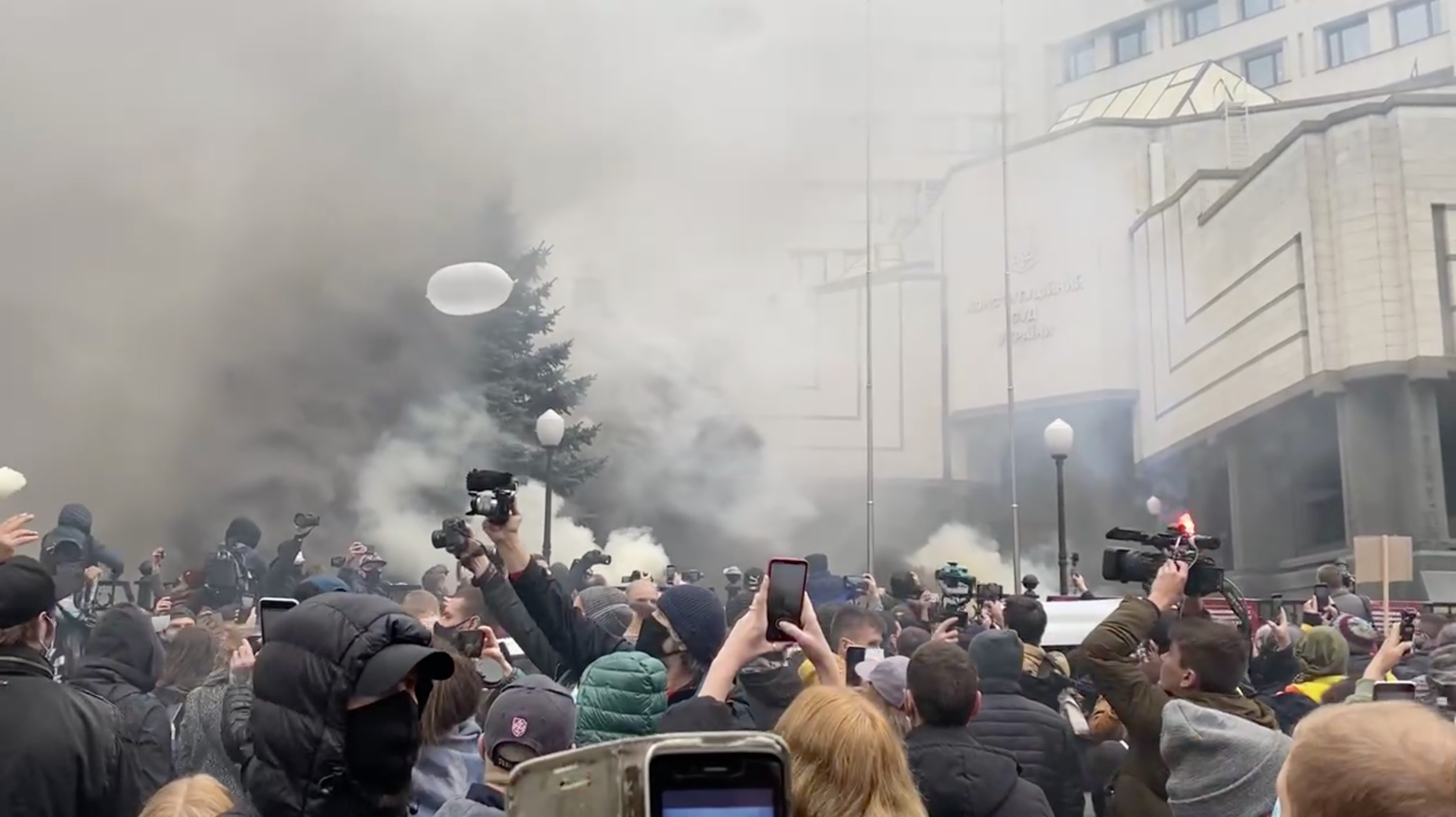 The protesters have pelted the building of the Constitutional Court of Ukraine with smoke pellets and condoms. Kyiv, October 30, 2020

President of Ukraine Volodymyr Zelensky introduced a bill to the Verkhovna Rada, which proposes to terminate the powers of current composition of the Constitutional Court and immediately start selecting new candidates.