Police are looking for witnesses to a massacre at a rally for a united Ukraine, staged by pro-Russian militants on Lenin Square in Donetsk on March 13, 2014. This is said in the message of the National Police headquarters of the Donetsk oblast. 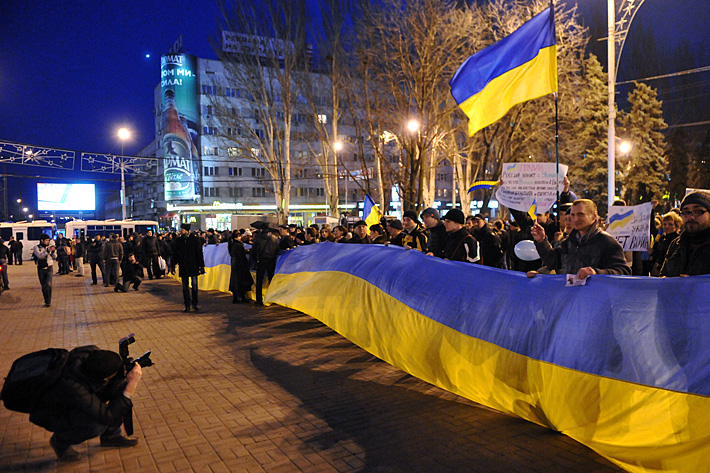 The police recall the six-year ago events, when a frenzied crowd of pro-Russian militants attacked a peaceful rally of supporters of a united Ukraine. They beat the Ukrainian activists with armature and rods. The press secretary of the Donetsk branch of the Svoboda all-Ukrainian union was stabbed, as a result of which he died. "On March 13, 2014, a violent unrest took place on Lenin Square in the Voroshylovskyi district of Donetsk during a peaceful action. As a result of the unlawful actions, one of the citizens was stabbed, which led to his death. Now the police are identifying witnesses to these events", - the police's report says. "As a result of the pre-trial investigation, it was established that a group of people flagrantly disturbed the public peace during the peaceful action "Donetsk is Ukraine", acting intentionally and using items specially designed for infliction of bodily harm, as a result of which citizens who took part in this event were inflicted bodily injuries of various degrees of severity and property was damaged - a bus that belonged at that time to the Ministry of Internal Affairs of Ukraine in the Donetsk oblast", - law enforcement officers found out six years after the massacre. When asked by the OstroV correspondent about the reasons for the revival of interest in the events that had happened more than six-year ago, the press service of the National Police headquarters of the Donetsk oblast replied that they were looking for witnesses of the massacre on Lenin Square "for the purpose of a complete, comprehensive and impartial investigation of a criminal offense".