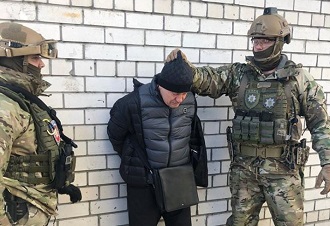 The police have detained suspects in the murder of volunteer Amina Okueva and attempted murder of her husband Adam Osmaev. This was reported on Facebook by Minister of Internal Affairs of Ukraine Arsen Avakov.

"In 2017, a group of unidentified persons shot Osmaev and Okueva's car on a railway crossing near Kyiv. Osmaev was wounded and Amina Okueva was killed. Automatic weapon was thrown by the killers on the spot. Today, the National Police detained a group of killers who were reasonably suspected of a number of murders, including Amina's murder. The detainee's DNA coincided with the DNA on the weapon thrown at the crime scene. Investigations are underway. I thank the police for their service!", - the minister wrote.