Trade unions in the "LNR" began a mass collection of signatures for returning to Ukraine on the terms of granting "special status" to the occupied territories. This is said in the report of the press-service of the so-called "federation of trade unions of the LNR".

It is noted that the participants of the picket called on Zelensky to stop the economic and transport blockade and to begin the implementation of the Minsk agreements providing for the restoration of the territorial integrity of Ukraine. After the picket was completed, a large number of supposedly willing people lined up to sign a request to Volodymyr Zelensky about granting the "LNR" of a certain "special status". 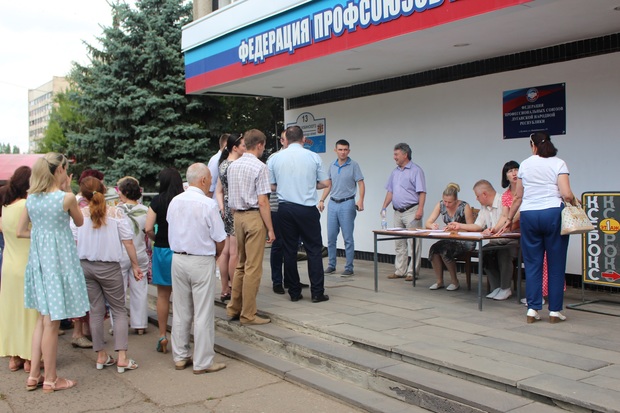 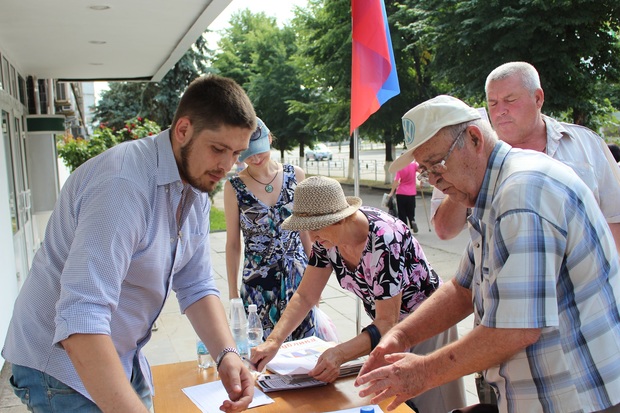 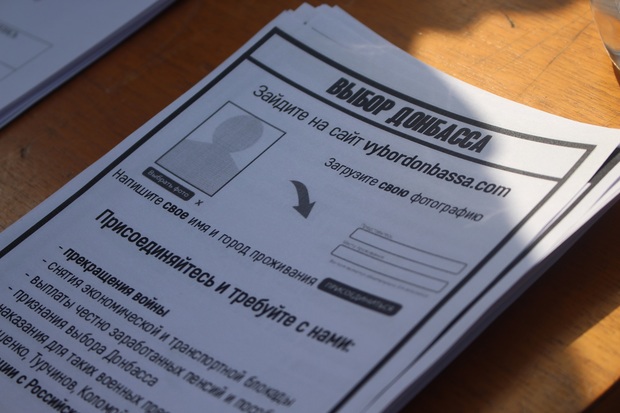 The organizers of the event stated that the collection of signatures under the auspices of trade unions will be held daily.

Previously, the request to the President of Ukraine about the actual return of the "DNR/LNR" to Ukraine as territories with "special status" was signed by leaders of the republics Denis Pushilin and Leonid Pasechnik, as well as by heads of the occupation administrations of the cities and districts not controlled by the legal authority of Donbass.

As previously reported, the occupation of the "DNR" posted on social network by a video clip of a Horlivka schoolgirl, who allegedly, on her own initiative, appealed to Volodymyr Zelensky to stop the war in the Donbass by granting CADLO "language and economic autonomy".

Similar videos began to appear in support of this appeal, then a special website was created, where everyone willingly voted for the idea of ​​"broad autonomy for Donbass". This project was approved by a number of the "DNR" leaders and representatives of the occupation media. The plan to return to Ukraine is presented to the population of the occupied territories as implementation of the Minsk agreements. Allegedly, according to these agreements, the Donbass is finally separated from Ukraine and gets a real opportunity to join Russia.

Over time, the initial content of the appeal to the President of Ukraine with the requirements of "autonomy" was changed to "special status".

In reality, the Minsk agreements, to which Pasechnik appeals, first of all, provide for the restoration of the territorial integrity of Ukraine by providing the temporarily occupied territories of Donbass with the status of "areas with a special order of local self-government". There is no talk about any "autonomy of Donbass". Under all the documents signed in Minsk, there are signatures, including of the puppet "DNR/LNR" leaders. Such concepts like the "DNR" or "LNR", as well as the names of any positions of "heads of republics", do not appear in the Minsk documents at all.