The Ukrainian MFA is aware of the rallies of the "DNR/LNR" supporters in Berlin, but nobody can be held responsible

The Ministry of Foreign Affairs and the Embassy of Ukraine in Germany are aware of the rallies of the "DNR/LNR" supporters in Berlin. The MFA reported this to OstroV.

"The existing diplomatic tools are actively used to block such rallies. The Embassy of Ukraine in Germany repeatedly sent official verbal notes to the Federal Foreign Office of Germany, and also held working meetings with representatives of law enforcement bodies of Germany", - the Foreign Ministry reported.

According to the German law enforcement agencies, they monitor that the participants of rallies do not break German laws. At the same time, the country's legislation does not allow criminal or administrative responsibility for participation in such rallies.

"Despite limited opportunities to influence the situation, the Embassy of Ukraine continues to work to stop anti-Ukrainian propaganda activities, in particular, conducts appropriate consultations with representatives of law enforcement agencies of Germany, the media, and the local community", - the ministry noted.

As OstroV reported earlier, several people held a rally with propaganda posters and flags of the "DNR" and the USSR in front of the Brandenburg Gate in Berlin. 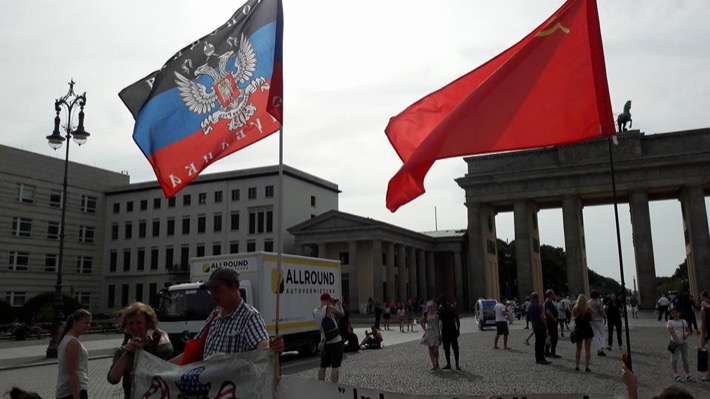