Former chief of Mariupol police, who went over to the ranks of the "DNR", was sentenced in absentia to 11 years in prison 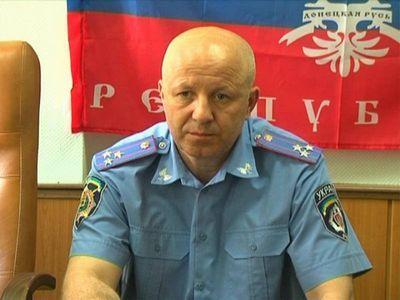 "Mayor" of the occupied Yasynuvata, ex-acting chief of Mariupol department of the Head Department of the Ministry of Internal Affairs in the Donetsk oblast Oleg Morgun was sentenced in absentia to 11 years in prison for participation in the terrorist organization. This is evidenced by the verdict of Pryazovsky District Court of Zaporizhia oblast from August 23.

At the same time, Morgun, in violation of the oath of an official of the Ministry of Internal Affairs of Ukraine, "deliberately did not take any measures to detain the above-mentioned persons – the members of the "DNR" terrorist organization, withdrawing their firearms, further bringing them to criminal responsibility, locating, disarming and detaining their accomplices, that way, facilitated the activities of the "DNR" terrorist organization.

After the dismissal on October 2, 2014 from the bodies of the Ministry of Internal Affairs of Ukraine in connection with his retirement, Morgun resided in the temporarily occupied territory. There he directly became a member of the "DNR" terrorist organization and joined the "post" of the "chairman" of "administration" of the Novoazovsky district.

The court found Morgun guilty of committing a criminal offense under Part 1 of Art. 258-3 of the Criminal Code of Ukraine and appoint him a penalty of imprisonment for 11 (eleven) years without confiscation of property.