The leader of the "DNR" Alexander Zakharchenko was offended that the man who punched NTV journalist on air, "tried to cover himself with the names of Oplot and the DNR", the militant wrote in his Twitter. 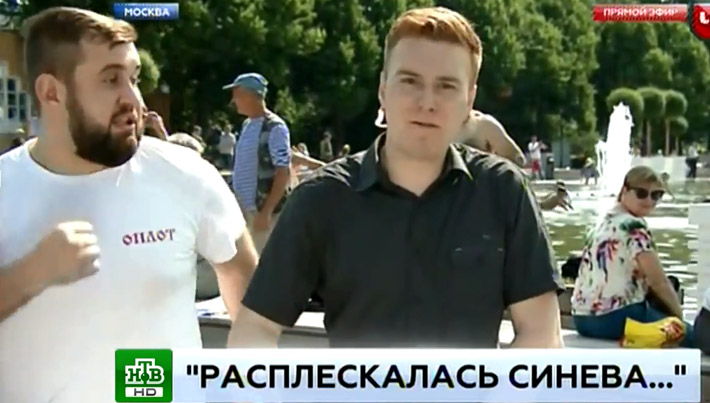 "The scoundrel who punched NTV journalist tried to cover himself with the names of Oplot and the DNR in vain. The guys from Oplot have already decided to explain him how to behave in society", - the ex-commander of the terrorist gang Oplot wrote.

Since December 2013, Alexander Zakharchenko headed the Donetsk branch of the Kharkiv terrorist organization Oplot. He took part in the capture of the Donetsk City Council under its flag. Later he became the leader of the illegal paramilitary unit Oplot of the so-called army of the "DNR".

As previously reported, a drunk man in the T-shirt of the Oplot terrorist organization attacked a correspondent of NTV channel saying "Will invade Ukraine…" during a report about the professional holiday of Russian Airborne Troops.