People spend from 4 hours to 2 days in queues at Marinka checkpoint to cross the demarcation line, - reports the correspondent of OstroV.

At 10:30 the correspondent of OstroV counted about 300 people standing in line in the direction of the occupied part of Donetsk region. According to a number of respondents, they have already spent for 4-5 hours in line. 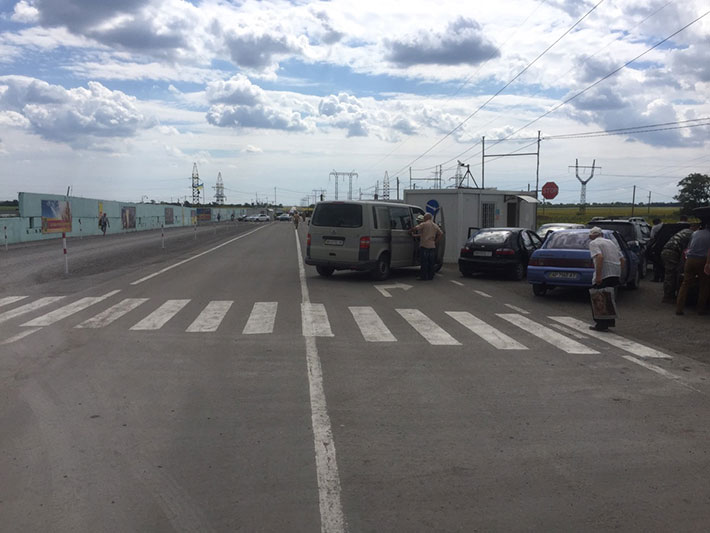 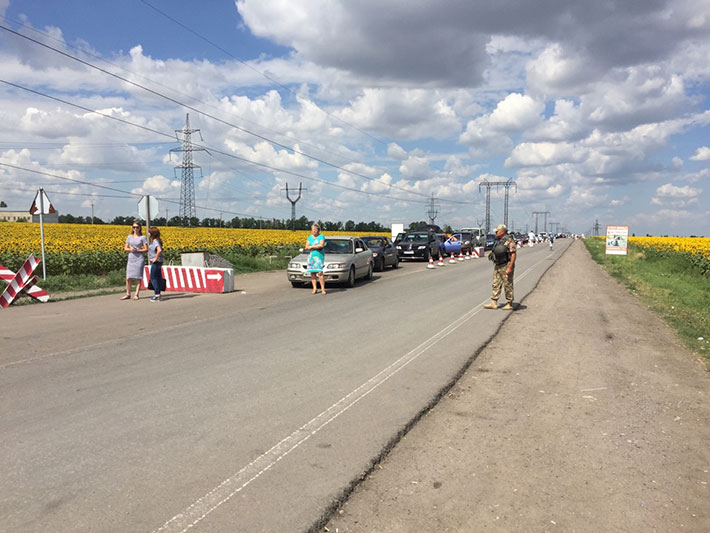 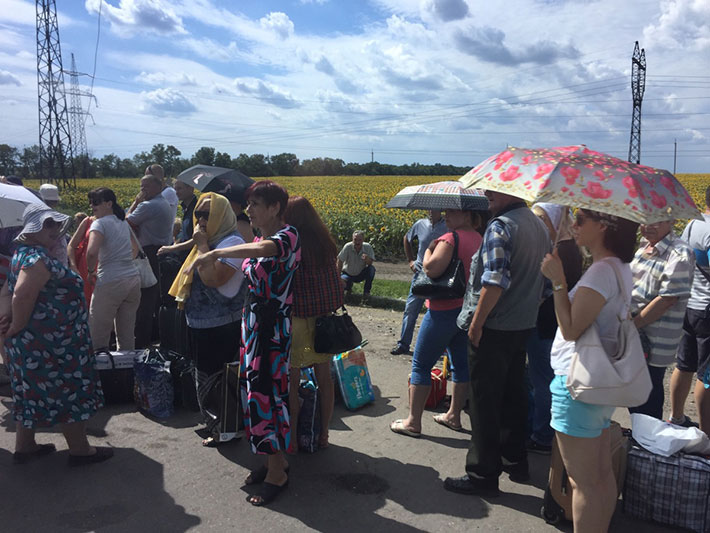 The atmosphere in the queue is rather tense, people are unhappy with the passing system, complaining that it is necessary to stand for hours in the sun.

Some people brought folding chairs, since as there are only four small banks near the checkpoint and there is a "separate queue" to it. 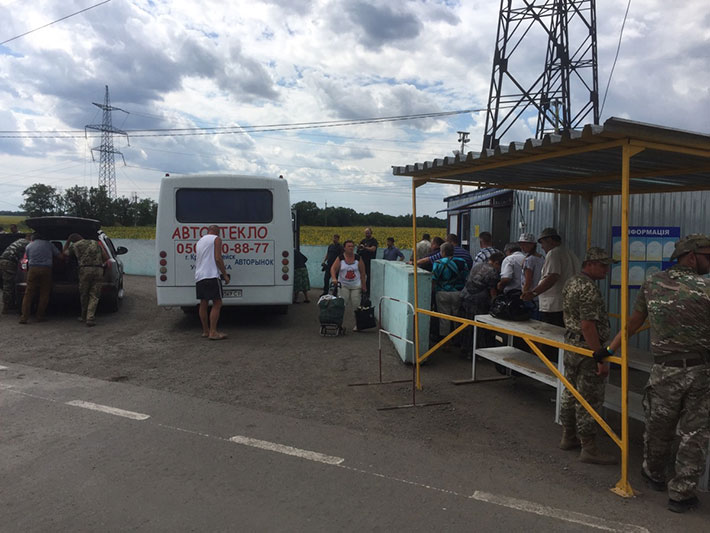 People are tired and angry. One of the older women asked journalists not to call people who are forced to return to the occupied territory separatists as they "are people just like you."
"Anyways, you will not show the whole truth. Go away," - someone shouted from the crowd. 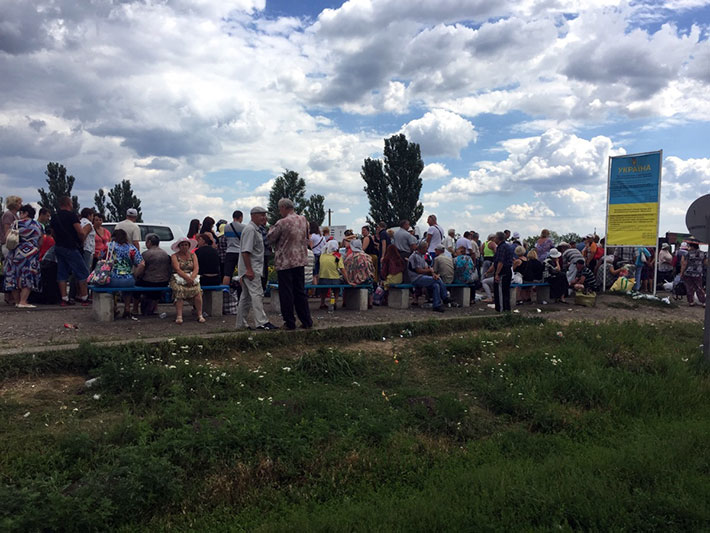 The flow of those wishing to leave the occupied territory is also very large. According to people entering the territory controlled by the Ukrainian authorities from "the republic", the queues at the checkpoints in the "DPR" are moving slowly, because people who are leaving are checked very carefully. People refuse to comment, just shrug and ask not to fil, them. "Tired. I stood there for a long time ... a lot of people," - waved one of the women. 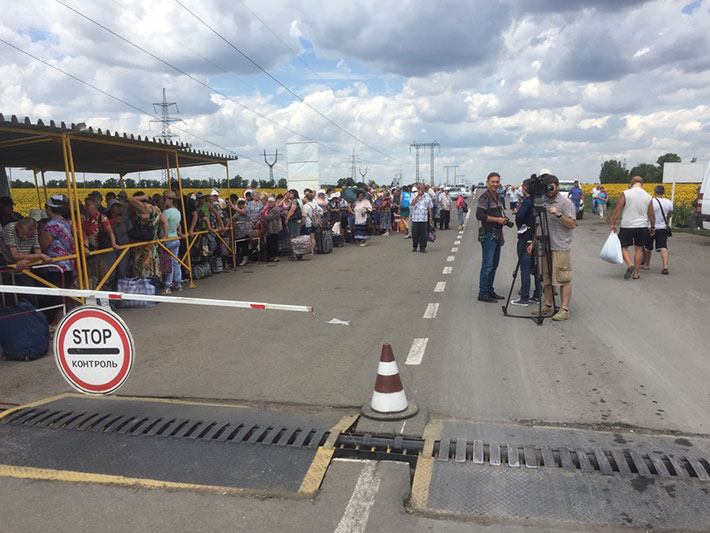 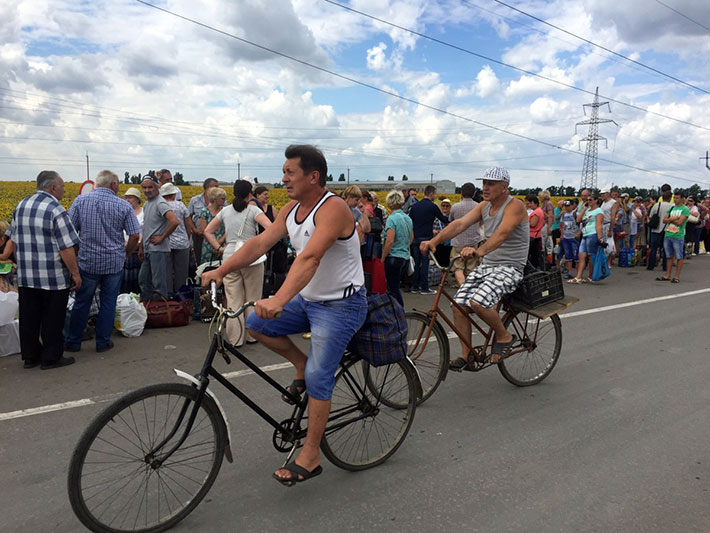 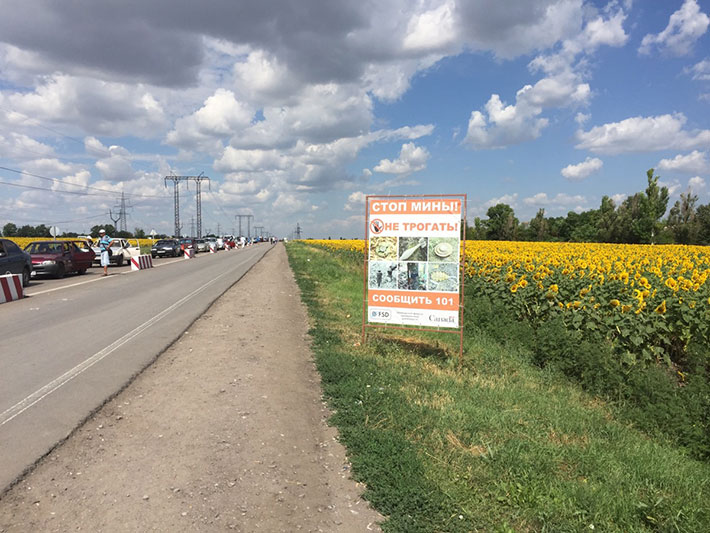 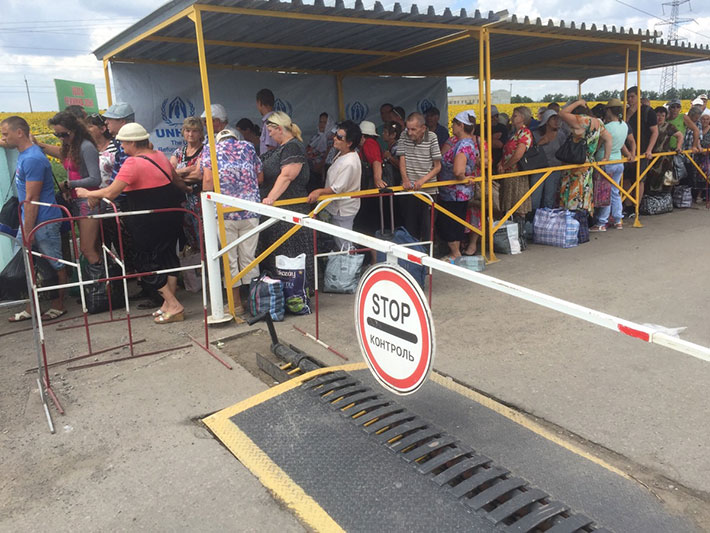