The outgoing 2020 turned out to be quite successful for the largest financial and industrial groups (FIGs) of Ukraine - despite the coronavirus crisis and the national economy collapse.

As usual, ordinary citizens-taxpayers paid for the "feast of life" for the oligarchs and their entourage. Therefore, they, of course, are unlikely to agree with the assessment of results of the year in the title.

The owner of the Privat FIG in 2020 may consider the deal on the debts for tax of the country's largest oil producer PJSC Ukrnafta to be his main achievement.

The promotion of the initiative began back in 2018, but it was still not possible to push it through under President Petro Poroshenko and Prime Minister Volodymyr Groysman.

But when "servant of the people" Volodymyr Zelensky came to power, the puzzles finally came together in a combination that the oligarch needed. 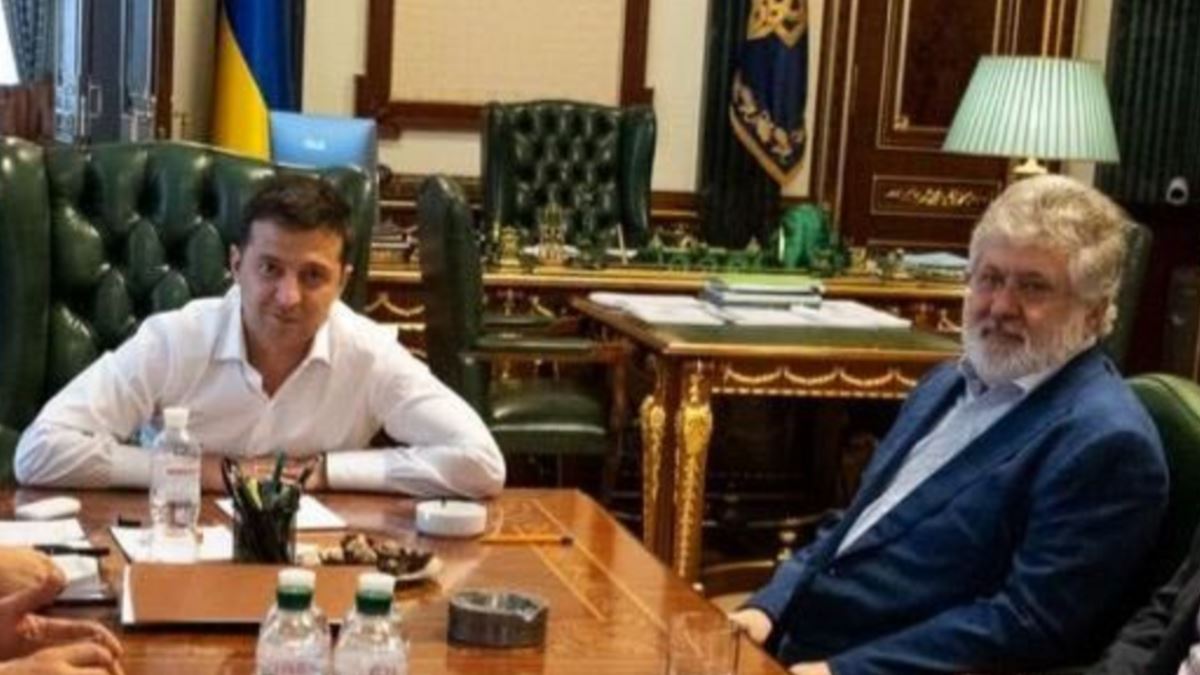 On November 18, the Verkhovna Rada adopted a law according to which the company, which has been serving the business interests of Privat FIG since 2003, will pay the state on its debts at the expense of money received from this very state.

The state has 50%+1 share in this company, while Privat's structures have about 42%.

Nevertheless, the state, represented by NJSC Naftogaz of Ukraine, voluntarily abandoned the rights to the disputed gas volume of 2 billion m3, produced in 2004-2006, - and will pay Ukrnafta for it at current prices.

At the same time, it will buy back from the company the volumes of gas that it has yet to produce in 2021 and beyond. That is, Ukrnafta will, in fact, receive an interest-free loan from the state in the form of an advance payment for gas of future production. It will pay the state for its overdue tax liability from this money. It appeared in the summer of 2015, when the government of Arseniy Yatsenyuk increased the rent for oil and gas production.

After that, Ukrnafta simply stopped paying this rent for some time, having accumulated that way $1 billion of outstanding tax liability.

Owner of the Finances and Credit FIG Kostyantyn Zhevago acted similarly. He managed to pull off the "ultimate deal" in February 2020: to buy back his debts worth over $144 million from a kind and generous Ukrainian state for… $7.8 million.

This is the money of the Finances and Credit Bank. More precisely, the money of Ukrainian citizens-depositors and the very generous state that issued refinancing loans through the National Bank of Ukraine.

Subsequently, they were withdrawn by providing loans to companies associated with K.Zhevago: LLC Vagonzavod Trading House received $86.3 million and LLC Ukrenergosbyt – another $57.5 million.

The first loan was guaranteed by the Stakhanov Carriage Works, and the second – by the Bila Tserkva Rosava Tire Works. Both enterprises belonged to K.Zhevago at that time.

That is, he credited himself for $144 million at the expense of other people's money, which the Deposit Guarantee Fund for Individuals returned to depositors, and the National Bank of Ukraine simply wrote it down at a loss.

Despite the fact that it has already been 5 years since the law according to which the owners are financially responsible for the debts of banks has been adopted in Ukraine. 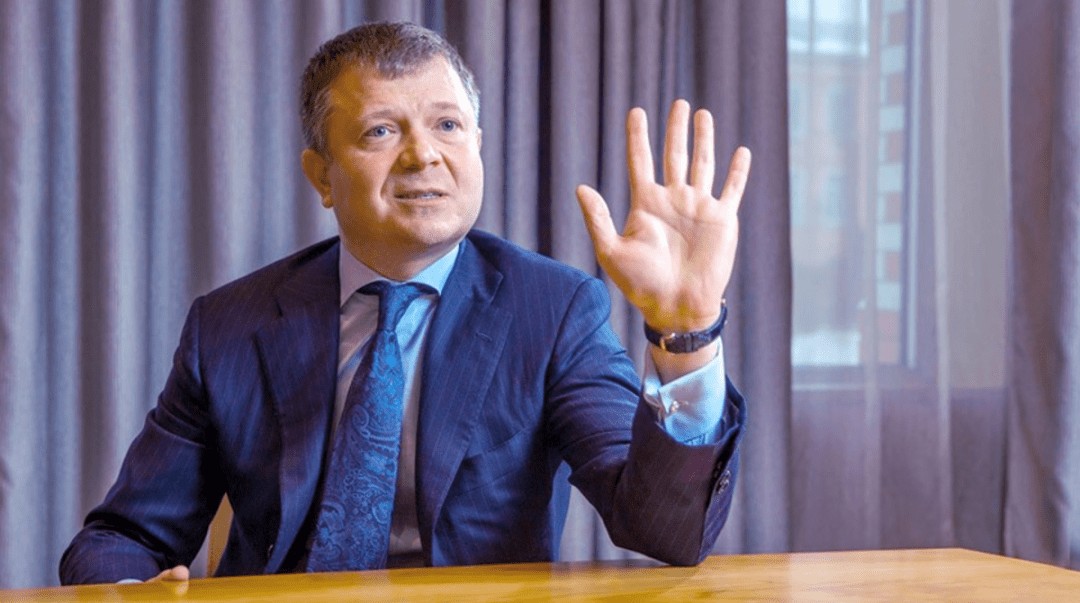 K.Zhevago's net from this operation amounted to $136.6 million. Less than I.Kolomoiskyi's, but no less impudently and blatantly.

At the same time, the owner of the Finances and Credit FIG was removed in the past year from the wanted list as part of the investigation of a criminal case of billions of dollars in embezzlement from the bank of the same name.

And who will now say that 2020 was dark and unfortunate for him?

2020 for owner of Group DF Dmytro Firtash ends on an upbeat note as well.

He managed to take an important step in the fight against the State Property Fund of Ukraine (SPFU) for control over the Zaporizhzhia Titanium & Magnesium Combine (ZTMC).

On November 9, the commercial court of the Zaporizhzhia oblast declared the dismissal of Volodymyr Sivak, top manager of Group DF, from the post of General Director of the ZTMC unlawful.

At the same time, the appointment of Dmytro Lubennikov to this position at the suggestion of the SPFU was declared illegal.

It can be assumed with 100% certainty that the SPFU will appeal this decision in the courts of appeal and cassation, therefore, the final point in this story has not yet been put.

But so far, everything is going more than successfully for D.Firtash. Indeed, even with the return of the ZTMC to state ownership, as it turned out, nothing has been decided yet.

Back in July 2018, the specialized anti-corruption prosecutor's office victoriously reported on the return to the state represented by the State Property Fund of Ukraine 49% in LLC ZTMС, which belonged to Group DF since 2013 through the Cypriot offshore company Tolexsis Trading Ltd.

The relevant decision was made by the same Zaporizhzhia regional commercial court. But 2.5 years have passed now – and the case is still in proceedings there.

Since the Supreme Court of Ukraine returned it for a new trial. A court session took place in Zaporizhzhia on December 2, at which no decisions were made.

Representatives of SAP and Group DF argued about how the investment program (the failure of which the prosecutor's office considers the basis for the return of Tolexsis's stake in the ZTMC to the state) differs from the strategic program.

Such a delay in the process is quite satisfactory for D.Firtash and his partners – provided that they manage to retain the director's chair at ZTMKС for V.Sivak.

Since this will mean the continuation of informal control over the enterprise. However, Group DF manages to keep it even where, it would seem, the train has sailed.

This refers to the Vilnohirsk Mining and Metallurgical Complex and the Irshansk Mining and Processing Plant, which were in D.Firtash's group in 2004-2014 on a leasehold basis.

On the initiative of Prime Minister A.Yatsenyuk, these enterprises were returned to the state and transferred to the management of the United Mining and Chemical Company (UMCC).

Despite the fact that this is a government entity, it continues to work in the interests of D.Firtash and his business. 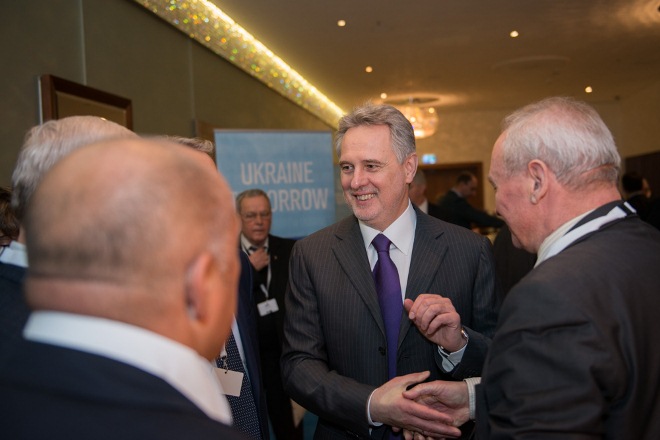 Thus, this autumn, the media have repeatedly reported on the dispatch of ilmenite concentrate from the enterprises of the UMCC to the Crimean Titan association, located on the annexed peninsula in Armiansk.

According to the media reports, the products of the UMCC were supplied through intermediaries much cheaper than the market price. For example, the Czech company Belanto acts as a supplier in October-December.

Belanto will buy ilmenite from the UMCC at $145/t, although it cost $170-240/t on the market at the time of signing the contract. It was also reported that ilmenite of the UMCC is supplied to Armiansk through Turkish ports – with a detailed description of the established scheme.

At the same time, three heads of the UMCC have been replaced in the current year alone. It is also worth paying attention to the December release of Group DF, which declares the priority rights of D.Firtash's group to purchase a 51% state stake in the ZTMC.

The SPFU is going to put them up for sale in 2021, and Group DF announced its intention to block privatization – in case it has to compete for this package with other applicants on an equal basis.

This is an indicator of how comfortable D.Firtash and his partners feel under the current President Volodymyr Zelensky and Prime Minister Denys Shmyhal.

It is unlikely that Group DF would have decided on a conflict in 2014-2015 with the then authorities of the country.

Akhmetov: Everything is fine

Financial results of owner of SCM FIG Rinat Akhmetov in relations with the state for 2020 are comparable to the "achievements" of I.Kolomoiskyi.

They are not so large, but there are many more of them. Let us briefly recall the most significant ones.

In the summer, the fairest and most incorruptible Ukrainian courts granted the Central Mining and Processing Plant (Kryvyi Rih, part of the Metinvest holding, SCM mining and smelting division) a remission of taxation for $39.5 million – it turns out that the State Tax Service counted the taxes incorrectly.

Another stocking-stuffer was made by the Supreme Court of Ukraine in mid-December, having allowed the Azovstal Iron & Steel Works, which is part of Metinvest, not to pay $11.5 million of previously charged taxes.

In mid-October, the courts allowed the DTEK holding (SCM energy division) to use state transmission lines free of charge when exporting electricity.

Along the way, having "written off" the already accumulated debt in the amount of about $36 million to NPC Ukrenergo, operator of the main power transmission lines.

In turn, the National Energy Regulatory Commission approved the so-called RAB tariffs at the end of August, which allows regional power distribution companies to significantly raise the cost of their services.

At the same time, about 40% of all electricity supplies from Ukrainian regional power distribution companies fall on DTEK's companies. So, R.Akhmetov stood to gain from the "reform" first of all.

The price of the issue is billions of hryvnias, which will have to be paid additionally by everyone: enterprises, institutions and, most likely, the population.

And, of course, it is worth mentioning the "generosity auctions" of the NNEGC Energoatom state-owned company, from which companies from R.Akhmetov's orbit bought electricity this autumn sometimes twice as cheap as the market price.

Part of the purchased electricity was used at Metinvest's factories, the rest was probably resold to other consumers at the already real market prices.

A very profitable business, if the management of one of the largest state-owned companies is generously ready to forget about their own (more precisely, state) earnings for your mega-super-profit. 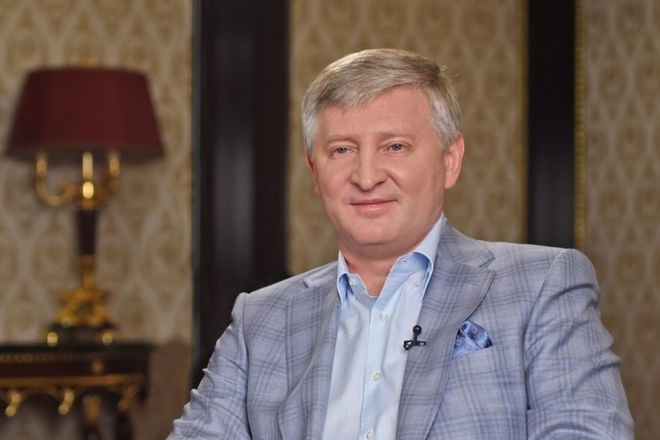 To this end, it made changes in April to the forecasting energy balance, having increased the share of production by thermal, solar and wind power plants.

Well, Energoatom had to "move aside". Its share in the total output was cut.

As a result, the share of electricity generation by thermal generation in 2020 was higher than that of nuclear power for the first time since independence.

Due to balance constraints, Energoatom's underproduction in 2020 amounted to 8,512 MWh. At current prices, this is about $459 million. This is the money the state company missed.

Accordingly, thermal generation started working more. At the same time, if you look at the installed capacity, then 75-80% of thermal power plants are… right, in DTEK.

Who can forget the title of the book by now fugitive ex-president V.Yanukovych, published in a limited edition in Austria in 2011: "Ukraine is a country of opportunities". Definitely. It is just not for everyone.