The fragments of the once powerful financial and industrial group Industrial Union of Donbass are gradually flowing into the orbit of the Metinvest group.

But if DMP is controlled informally, by appointing former top managers of Metinvest to key posts there, R.Akhmetov is going to buy the Polish metallurgical complex quite officially.

This was announced on February 25 in a media report that paid attention to the agenda of the Antimonopoly Committee of Ukraine's meeting, scheduled for February 27.

The document under clause 7 contains a discussion of the preliminary findings of the AMCU on the absence of the need to coordinate the transaction on the indirect purchase of ISD Huta Czestochowa.

The buyer is parent company of R.Akhmeto's group, registered in the Netherlands (probably, in virtue of patriotism).

If to describe the history of ISD briefly, its heyday was in the first half of the 2000s, and since 2010, things have gone awry.

The loss of the then Prime Minister Yulia Tymoshenko, a longstanding lobbyist for the IUD interests, in the 2010 presidential election became the turning point.

As a result, she never managed to return to the first roles in Ukrainian politics and (possibly, anticipating such a scenario) ex-Deputy Prime Minister Vitaliy Haiduk immediately left IUD, having sold his share of 50%+2 shares to Russian investors.

This way, conflicts between new and old co-owners began.

The new ones are represented by the Russian state-owned Vnesheconombank, and the old ones are executive director of IUD Oleh Mkrtchan and chairman of the board of directors Serhiy Taruta.

Alongside this, V.Haiduk and his former partners started litigation in Cyprus - figuring out who owed whom and how much.

Against the backdrop of unfavorable economic trends and the lack of a raw material base for the metallurgical business, all these combined factors put the corporation on the brink of disaster.

It started selling off the assets and rapidly accumulated debts.

Well, the final nail in the coffin was put by the war in the Donbass and the "blockade" of certain areas of the Donetsk and Luhansk oblasts, captured by the separatists.

There, in CADLO, IUD still has a number of significant enterprises, among which coking plant and metallurgical plant in Alchevsk should be highlighted.

Now they are controlled by the structures of fugitive Kharkiv oligarch Serhiy Kurchenko. Well, the Russian shareholders of IUD have long run things in Hungary at the ISD Dunaferr steel plant. S.Taruta and O.Mkrtchan still had DMP and ISD Huta Czestochowa.

But, as already noted, former top managers of Metinvest came to the DMP's leadership in April 2017 in order to avoid a complete shutdown of the enterprise and solve problems with the IUD debts to R.Akhmetov's group for the iron ore supplied earlier. At the same time, Metinvest officially denies control over the DMP, but confirms that IUD has debts to it worth more than $700 million.

ISD Huta Czestochowa, in turn, was gradually losing its assets. The process began in 2010 when the pipe shop was separated into a legal entity and sold to the Polish Alchemia SA company.

Further in 2013, there were reports about the readiness of IUD to get rid of the arc-furnace shop at the Polish metallurgical complex.

In the summer of 2018, IUD sold the Gdansk Stocznia Gdansk shipyard and the GSG Towers plant for the production of metal structures for wind power.

The buyer was the State Agency for Industrial Development of Poland ARP. That is, the deal was not a classic buy/sell in fact, but a kind of reprivatization.

That is why the sale of Huta Czestochowa looks now like a completely logical ending for IUD.

No questions to S.Taruta: he has an entertaining, although not unique story on the topic of "how to become a millionaire from billionaires".

Metinvest in Europe is now represented by metalworks: two of them are located in Italy, one each in Bulgaria and the UK.

Previously, its main buyer was Stocznia Gdansk, but it had long forgotten when the new ships were lowered from the slipways – this was many years ago.

The plant for the production of structures for wind generators also absorbed significant volumes of steel plates – given the emphasis of Europeans on electricity from renewable sources, including wind.

However, this market has quite a high competition as well. Therefore, things at GSG Towers went so-so under S.Tarut. Otherwise, he would not have returned the plant to the Polish authorities.

So where Metinvest will sell 1 million tons of rolled metal from Huta Czestochowa is an interesting question. Although it is unlikely that the company will operate at full capacity.

However, there are much more interesting questions. The fact is that in 2019, a number of metallurgical plants in Europe were stopped for environmental reasons.

Since the European Commission has significantly increased the price of greenhouse gas emissions quotas for industrial enterprises - responding to the ongoing climate change and striving to improve the environment.

And metallurgical complexes are one of the main sources of such emissions. Therefore, steel enterprises US Steel Kosice in Slovakia and Liberty Ostrava in the Czech Republic were stopped, the Italian Arvedi stopped its blast-furnace shop (that is, it stopped iron smelting), etc.

The Polish metallurgical complex in Krakow, owned by ArcelorMittal, appered to be among the "victims" of the new EU environmental policy, which announced the transition to a carbon-free economy until 2050 (that is, completely eliminating greenhouse gas emissions).

Since September, the blast-furnace and converter shops, as well as the sinter plant – preparatory steelmaking, giving the largest volumes of emissions, were stopped there. Only rolling shops remain in operation.

They get steel feed for rolling from other sources. Metinvest's factories in Italy, Bulgaria and the UK also operate in the same way.

They produce rolled products for the European market from steel feed smelted at the Ilyich and Azovstal iron and steel works in Mariupol, as well as at the DMP and Zaporizhstal.

Such a model completely suits Europeans: they receive steel products for their needs and at the same time, do not "kill" the environment in their countries: they breathe clean air and drink clean water.

What cannot be said about the residents of Mariupol, Zaporizhia, Kamianske and other industrial centers of Donbass and southeastern Ukraine.

Obviously, if purchased by Metinvest, ISD Huta Czestochowa will not be engaged in steelmaking. Indeed, according to Director General of ArcelorMittal Poland Herth Weerbeck, electricity tariffs in Poland are 2 times higher than in neighboring Germany.

This makes electric steelmaking unprofitable: not only in Krakow, but also in Czestochowa.

It is logical that in this case, R. Akhmetov's metallurgical complexes in Ukraine will emit smoke more, providing the work of rolling mills at Huta Czestochowa.

Here comes the question: why does the fortune of the owner of Metinvest grow at the expense of the health of residents of the industrial regions of the southeast and Donbass?

No, of course: PR experts and top managers of R.Akhmetov are ready to talk about the group's environmental investments that reduce harmful emissions, etc. for hours

They are ready to provide many figures confirming the "company's commitment to high environmental standards".

But it is enough just to come to Mariupol, Kamianske or Zaporizhia, look at the local metallurgical complexes, take a deeper breath of air, generously flavored with the smell of sulfur dioxide – and realize that an abyss lies between bright presentations in conference rooms and reality. 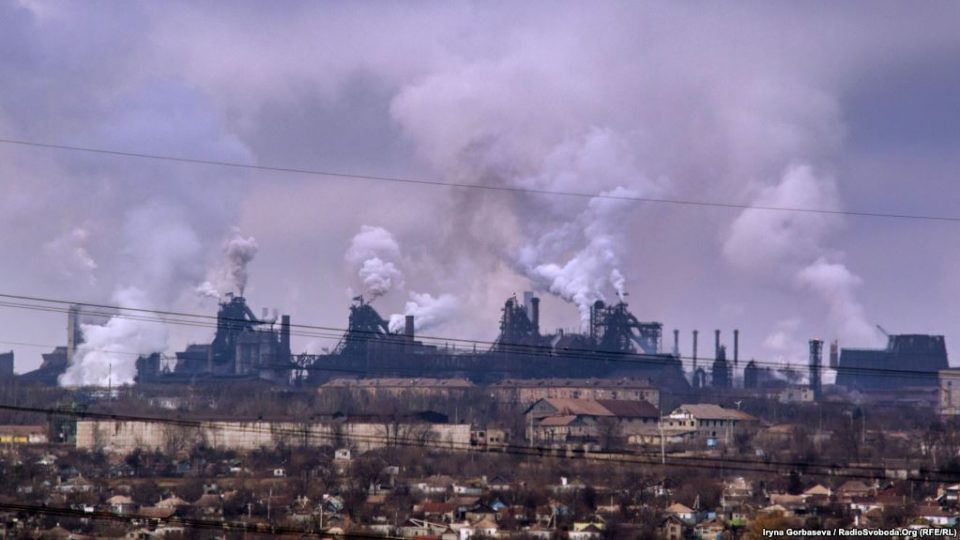 Another aspect related to the possible purchase of Huta Czestochowa by R.Akhmetov.

Largely using dark colors, the Metinvest lobbyists describe in the controlled media the horrors awaiting Ukrainian metallurgy in the event of an increase in rail freight rates, rent for iron ore extraction and eco-tax – as soon as such an initiative appears in the Cabinet of Ministers or the Verkhovna Rada.

In a word, hardly the authorities are trying to force R.Akhmetov to share a little with the Ukrainian state and its citizens – the government officials and members of the parliament start telling that this will almost lead to an economic disaster for the country.

Allegedly, either we are already working at a loss, or we are balancing on the verge of these losses, the plants are about to close. But we have thousands of employees, people need to feed their families, etc.

But these billions from the eco-tax and rent are an opportunity to at least slightly increase payments to Ukrainian old people, 80% of whom receive a pension 2 times lower than the real minimum living wage.

An increase in freight charges is opportunity to avoid increasing passenger tariffs and leave the cost of travel affordable for financially disadvantaged citizens.

Meanwhile, if the lobbyists of Metinvest are not being cunning and the situation is so complicated (world steel prices are falling, competition on foreign markets is intensifying, etc.) – where does the company get money to buy a large metallurgical complex in Poland?

In any case, it costs more than villa of the Belgian king, bought by R.Akhmetov for 200 million at the end of January.

All this resembles the situation in an apartment building, where one of the residents constantly complains to the neighbors about the lack of money and gives minimum to the general needs of the apartment building – and then suddenly buys a new Lexus.

Should the Ukrainian state continue to "cherish" the business of such oligarchs in this case?